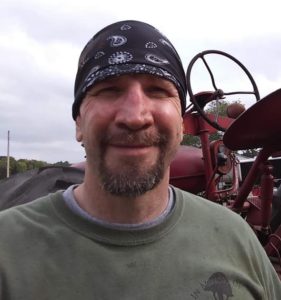 I want to tell you something about hope.

Not in just some cliche manner that looks good on a refrigerator magnet, poster, or card, but hope that comes out of the darkness, the abyss of despair that some of us unfortunately find ourselves quagmired in possibly never to return from

My name is Mike, and I’ve been a lot of things during these 46 trips around the sun. Not all of them good, and quite frequently self destructive, failing to reach my potential because I didn’t understand my souls purpose during this life. Fortunately for me there have been a few people I’ve encountered who, for whatever reason, saw something in me which I couldn’t see myself. They refused to give up on me even when I had given up on myself.

I’ve experienced a lot of shame and guilt in my life because of this, some of it warranted, some of it not, but all of it incredibly difficult to deal with, leading to a sense of unworthiness to feel I deserved the good people and things that manifested in my life.

I won’t get into the specifics of what it’s like to lose good men, your brothers, in combat or training exercises; the machinations of politicians to keep our military engaged in prolonged wars which have the potential to haunt many a young man’s and woman’s souls for the rest of their lives for the purpose of political gain. I won’t bore you with what it feels like to lose your soul because of the actions and deployments one sets out upon in military occupation. It’s an inherent risk we freely, if blindly, accept when we take that oath. Nor will I tug on your heart strings and tell you stories of what it’s like to deploy as a 19 year old kid in a foreign land where everybody hates you except your brothers who all too often don’t make it back home with you; the inadequacy of such young men and women to process these occurrences in some type of healthy manner, as if that’s even a thing, without turning to alcohol, drugs, or other risky behaviors to self-medicate in order to cope; the loss of a sense of purpose when you do finally leave that environment, and the wandering around for decades trying to understand where it is you fit in now and the poor choices easily made upon that road.

I can not fully describe what it is like to become stuck in the revolving door of the criminal justice system; the horror of state prisons and Federal penitentiaries; how for two decades of life your normal becomes full-time exposure to extreme violence, hatred, and death comparable to combat, if not surpassing it; what you must become to survive. I could tell you stories for as long as you could stand to listen revealing broken and shattered souls devoid of hope and the overwhelming desire to swallow a bullet only to escape the overwhelming sense of loss and despair because there seems to be no end to it.

In 2015, after serving an 11 year prison sentence in Indiana for driving on a lifetime suspension, I met a very rare soul, someone who dedicated her life to helping others — particularly veterans like me and so many others who are just at the end of our road. Her name is Christina Howard, and at that time she worked with the Lafayette Transitional Housing Center. I was homeless when I was released. I had no family, no resources. Only a pocketful of fair-weather friends who never had my best interests in their hearts. Christina took me in immediately and worked tirelessly with every resource she could manifest in order to assist me in getting back on my feet in this transitional period of my life. In six days I had a job, and within 3 weeks I was no longer homeless.

For a while I thrived, overcoming the stumbling stones the CJS can place in front of a person coming out of prison, because let’s face it: prison is a business. Its primary function has nothing to do with reform or rehabilitation. It is a source to generate revenue and sustain an economy while also facilitating an antiquated idealism of eugenics. Being a veteran I felt betrayed by our government which only fueled my descent into some dark places in order to navigate the world I had created.

Christina was always there, though. Sometimes annoyingly so. Even when I had contact with the law again for driving with lifetime suspension again while working for a directional drilling company. Arrested, then bonded out, then laid off from my job while the lawyers wanted ten grand to keep me out of prison. I felt my back up against the wall, but instead of trying to find help from the positive people in my life, I thought I could maybe handle it myself by doing something absolutely crazy (which is a completely different story I still can not tell, but the short of it is I ended up in Mexico and got busted on the border trafficking marijuana). I spent the next four years in a United States Penitentiary in Lee County, Virginia.

Christina was still there for me as a genuine friend and continued to encourage me while I was at my lowest. She told me about her new position with the Mary T Klinker Veterans Resource Center, and the potential to develop a home of healing for veterans struggling with addiction, PTSD, homelessness, etc., based on a successful model up in Minnesota called the Eagles Healing Nest. Unfortunately due to Covid and a lack of resources to fund such a genuinely amazingly effective facility that actually has an impact on not only saving veterans lives, but giving us a sense of purpose with honor and dignity, this project has been put on hold in Indiana.

However, I wasn’t fully aware of how truly effective this type of a facility would be at the time. I had been through the state and court ordered programs before and found them to be a joke. I was reluctant to commit to such a program. I was anxious to start a new life down in Texas, and my federal probation was in the southern district of Texas. My case manager in prison claimed to have discussed my being placed in a halfway house down there so I figured everything was set. Then Covid happened.

I was released on Tuesday, July 28th, from USP Lee County, and given $50 and a bus ticket back to Brownsville Texas. I was to arrive in Houston on Wednesday for a 19-hour layover, and mentioned this to Christine, who, before we’d gotten off the phone, was reaching out to her contacts in that area and found a beautiful soul in Criselda Marquez, who, knowing nothing other than the fact I was a convict fresh out of the pen was willing to pick me up and help me find some shelter. (Downtown Houston is not the best place to spend the night in a bus station.) Criselda took me to get clothes, a phone, dinner, and out of her own pocket a nice hotel room where I could shower and get some rest.

The next night I finally arrived in Brownsville, Texas. Too late to call my parole officer and with nowhere to go, Christina stayed in contact with me while I established a resource in a veteran friend who helped me secure a room to stay that night. (I left the Pen with no ID so hotels can be difficult, to say the least.)

At 0800 I arrived at the federal building in Brownsville and called my PO, my mission accomplished — only to find out they could not place me in the halfway house like I was told would happen. It was a Friday, I was broke, and the only resources I had down there would lead me right back to prison.

Christina asked if I was willing to go to Minnesota to the Eagles Healing Nest. I didn’t even think it would be a possibility, but she got on the phone with Melony Lorraine Butler and my PO, and within an hour my probation was transferred to Minnesota. And thanks to the supporters of the Mary T. Klinker Veterans Resource Center, I had a bus ticket to get there. It took a couple more days but I made it. An overwhelming sense of gratitude filled my heart I could only express in tears, and when I arrived I was welcomed with open arms by my brothers here. For the first time since I left the US Navy 20 some years ago I felt like I was home.

And I’m doing great, filled with a sense of hope and purpose again all thanks to folks like Christina and Melony and all the good-hearted Americans who support essential organizations like these, who understand American values like sacrifice, honor, and loyalty. I’m at a place where the promises made to men and women long ago who took that oath are promises kept, enabling me to reach my potential and fulfill my soul’s purpose with honor and dignity. And not just me but others who I share this journey with, because the alternative usually ends tragically for so many of us.

I have hope again, and anyone familiar with the rule of 3 understands how vital that is. I thank each and every one of you for making this possibility a reality. And I will pay it forward by a life of service to help others in my shoes and using my God-given talents to be a light, revealing hope for others, and the God that is within each and every one of us. I shall not fail.

Be a Hero to Our Heros!

There are many opportunities for YOU to
get involved with the Mary T. Klinker Veterans Resource Center,
helping us help our Veterans!